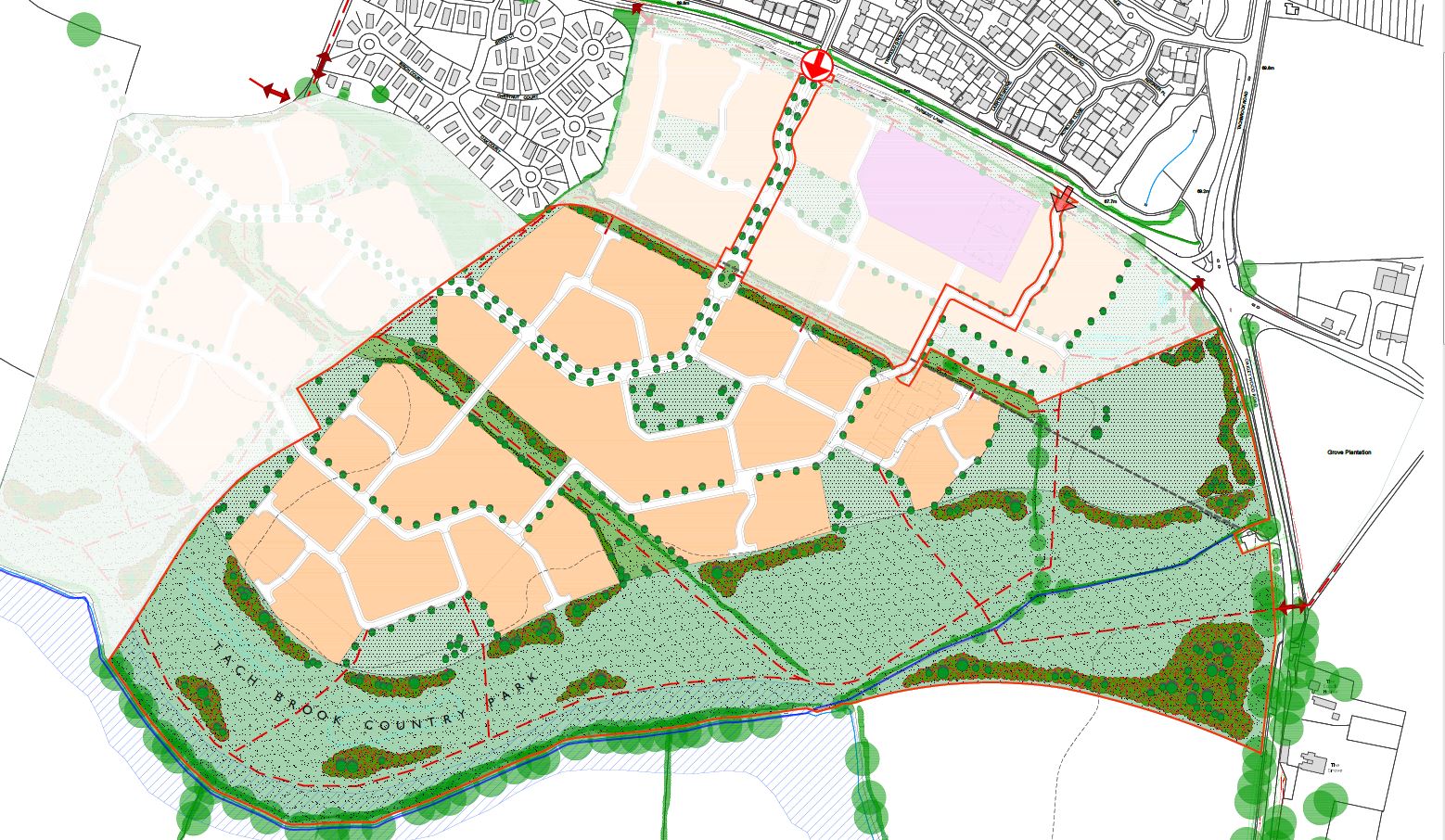 In 2015, we submitted a further application for 520 houses as a continuation of Phase 1, being fully in accordance with the emerging Local Plan, and which was granted in August that year.

This was a site much larger than the capacity of A C Lloyd homes to build out on its own. We, therefore, agreed with the landowner that in order to maximise the land value, we would undertake the primary infrastructure and dispose of two major plots of land.

We put a construction contract in place for the main roads and sewers, through a tender process, and at the same time marketed two plots of approximately 200 dwellings each to volume housebuilders. Taylor Wimpey and Persimmon were selected as the two top bidders, and conditional contracts were agreed with both, which would become unconditional on the completion for the infrastructure which took approximately six months and enabled the land to be drawn down by those housebuilders.

This proved to be very successful process enabling the landowner to secure the sale of the land at the earliest opportunity and for the maximum value.