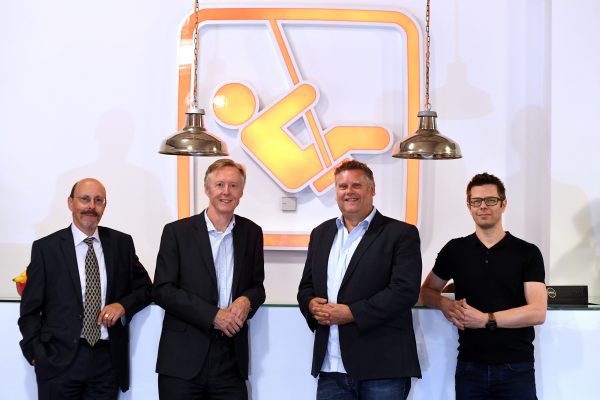 A Midlands company behind one of the world’s most successful video games has announced a major expansion at its headquarters in Leamington Spa.

Playground Games, which develops the Forza Horizon driving games for technology giant Microsoft, is growing its workforce from 150 to 300 before the end of the year after winning a new project.

It has taken on an extra 3,000 sq ft at Rossmore House on Newbold Terrace in the town and agreed a new 10-year lease on the 20,000 sq ft building owned by developers AC Lloyd.

Gavin Raeburn, Chief Executive Officer and founder of Playground Games, said the move would mean recruiting from across the world for new developers.

“The new project – which is secret at the moment – will see us having to cast the net widely to attract the best developers in the industry. Just recently we have hired a number of developers from North America, China and Europe, and we expect our new intake to be just as international,” he said.

“Leamington is a hugely important area for the digital gaming industry and we are the largest developer in the town, and it is important that we keep attracting as well as breeding the best new talent in the industry.”

“We are really pleased to have secured our headquarters at Rossmore House and to have taken on the extra space. The centre of Leamington is a great environment for our staff.”

The ‘Silicon Spa’ cluster includes more than 30 studios of different sizes, employing in excess of 1,200, in a variety of roles, including coding and games development. Forza Horizon 3 is the world’s top-rated exclusive title for the Xbox One.

Des Wynne, a director of AC Lloyd, said: “Playground Games have been in Rossmore House for over four years. They have grown massively since then becoming a major player with an international reputation right in the centre of Leamington.

“We develop and own buildings across the area and the growth in this sector in the last five years has been remarkable and, as Playground Games illustrate, that growth is bringing the best young talent to our area and that has to be good for the economy.”

AC Lloyd is based at Tachbrook Park and operates in the commercial and housing sector in Warwickshire and across the wider region.