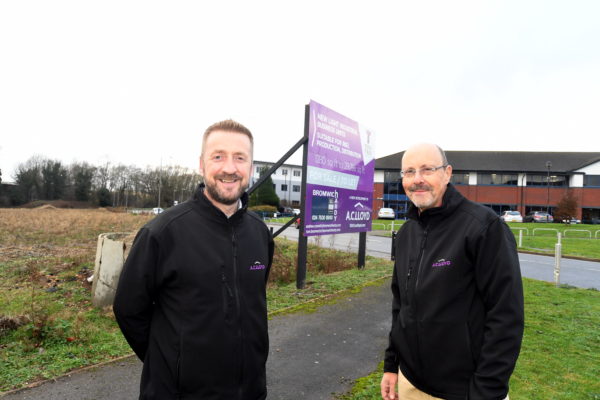 A development and investment company has secured planning permission to create up to 15 new business units in Warwick which could see 80 jobs attracted to the area.

The company, which is also based at Tachbrook Park, plans to start work in March 2019 to create up to 15 units for purchase or rental for a wide range of industries including hi-tech, engineering, light engineering and storage.

Mark Edwards, a director at AC Lloyd, said ten of the units had been snapped up before planning permission had been granted at the site it has owned since the 1980s.

“Warwick is a popular area for businesses however large or small because of its location and transport links and Tachbrook Park continues to thrive year-on-year,” he said.

“We have had significant interest in the scheme since we put forward the application to Warwick District Council and that will only grow now consent has been granted.

“There could be as many as 80 people working at this new development and the fact we have attracted the attention of a variety of businesses is another positive since it highlights the breadth of skills in the area as well as successful businesses wanting to expand or move to the area.

“We have agreed the sale of a further two units since receiving planning permission. Enquiries have remained strong, despite the wider economic challenges ahead of us, and we are confident the remaining units will be sold or rented in the near future and it would be great to have sold the remaining units before the business park is ready to open for trading.

“Construction will begin in March and we hope the units will be completed by the end of 2019 so that we can play our part in adding a further boost to the local economy.”